‘Together with Maestria, Ventraco can take on the world’

Home > News > ‘Together with Maestria, Ventraco can take on the world’

‘Together with Maestria, Ventraco can take on the world’

Asphalt and concrete can be given additional architectural or functional value through colouring. Ventraco Chemie has been a specialist in mineral pigments for colouring asphalt and concrete since 1991. Since then, the business has become the market leader in its field in the Netherlands and abroad, and has started several additional services. Owner Jeroen Venema believes the time has now come for the company to keep growing and become even more future proof — and for him to take a step back.

With a view to a stressful existence, Jeroen had been toying with the idea of selling the business for some time. When he entered into discussions with Marktlink about Ventraco through his bank in 2018, these plans were part of the conversation. “I didn’t necessarily want the business to stay in my family. I have two daughters who still don’t really understand what I actually do”, he jokes. “I would love it if they entered into the world of business, but I’d prefer it if they did so in an area that matters to them.”

The consultants asked Jeroen whether he had considered selling the business in parts, so that he could slowly start preparing for his retirement. That idea appealed to him; he still felt he had work to do, and lifting Ventraco to an even higher level was still his dream.

Even though Jeroen had various parties in mind for an eventual sale — mainly other players in his field — he was also happy to take advice from Marktlink. “Selling your business is an emotional process, and I wanted to explore all the options before making a decision. I had a fairly negative view of investment companies, for example, but Marktlink put me in touch with some great people and I started to change my outlook. Marktlink has a vast network, knows the value of your business and is able to use these elements to introduce you to the right companies.” In the end, Jeroen had discussions with more than ten potential buyers. “I didn’t just want to go with the first solution that came my way; I wanted to explore the market. And that’s exactly what I did.”

Jeroen suggested the French company Maestria himself. They seemed to be the perfect candidate: they were active in the same sector and produced similar products. Ventraco mainly focused on colouring asphalt, but Maestria also specialised in production and pigment, especially in the field of coatings. “As a result, it seemed like a strategic choice”, Jeroen explains. “There are actually only two major markets for coloured asphalt in Europe, and Maestria is the market leader in France, while Ventraco holds that honour in the Netherlands. That puts us in an extremely strong position together: we can use each other’s knowledge and know-how, and we complement each other extremely well.”

Despite the fact that Jeroen and Marktlink came to the conclusion that a sale to Maestria would be a good option, it took a relatively long time for the deal — a majority stake of 60 percent — was done. “Of course, the coronavirus crisis played a role, but the French way of doing things also involves an awful lot of bureaucracy”, Jeroen continues. “I had to sign hundreds of documents and reply to the exact same questions dozens of times. Luckily, I had Marktlink’s lawyer right by my side — and he was fluent in French as a bonus! He knew exactly what needed to be done, which contracts needed to be drawn up and which information was yet to be shared. There’s a huge amount of work to do in a sale transaction like this one, especially when both French and Dutch law are involved. As a result, it’s handy to have someone you can turn to at any time with questions, and someone who guides you through from A to Z. There are also times at which you need to put your foot down, and Marktlink is exactly the partner you want to step in during those moments. The team I worked with was full of great people who were experts in their field.”

To Jeroen, it was important for the business to be sold to a company that could lift Ventraco to a higher level. “Small enterprises often fizzle out when the entrepreneur behind them retires. That would have been a shame; I would love to see my business still going strong in ten years’ time. That’s why I wanted to take steps to guarantee a future for Ventraco. Maestria has a strong focus on production, while Ventraco’s focus lies much more strongly on trade. And that matters for the near future: it will help us widen our product range, while also continuing our international growth. The fact that Maestria is a family business with the exact same mindset as ours was the main reason why I decided to sell to them. Together with Maestria, Ventraco can take on the world.”

From a personal perspective too, the sale marked an important moment for Jeroen. “I’m 58 now, and my plan for the next few years is to no longer work five days a week and to hand over some of the responsibility for what’s going on at the company. This step allows me to start preparing for the moment I finally step back and start growing into more of a coaching and supporting role. There’s an entire team in place to fall back on now. After thirty years at Ventraco, I think the time has come to make that move.”

That said, Jeroen isn’t stepping back just yet. “I’m still formally in charge for the time being, and I’ll remain as a director until the end of 2023. Over the next three years, we’ll be making sure that Ventraco no longer solely revolves around me, and that the business becomes a fully fledged member of its new French family. I will be transferring my knowledge and expertise, and I will do everything I can over the next three years to turn this into a success. My preferred option would be to find a successor to lead the entire business — both the Dutch and French part — within those three years. As I see it, there are two possible scenarios for the future. Maestria could buy the remaining 40 percent of the business in three to five years’ time, so that they become the sole shareholder, but I can also imagine myself keeping hold of 20 percent of Ventraco and continuing to work here one day a week. Whatever happens, I’ll definitely be learning French. And who knows, in a few years’ time, I might spend the winter living in France so that I can continue to help out at the business for one day a week.” 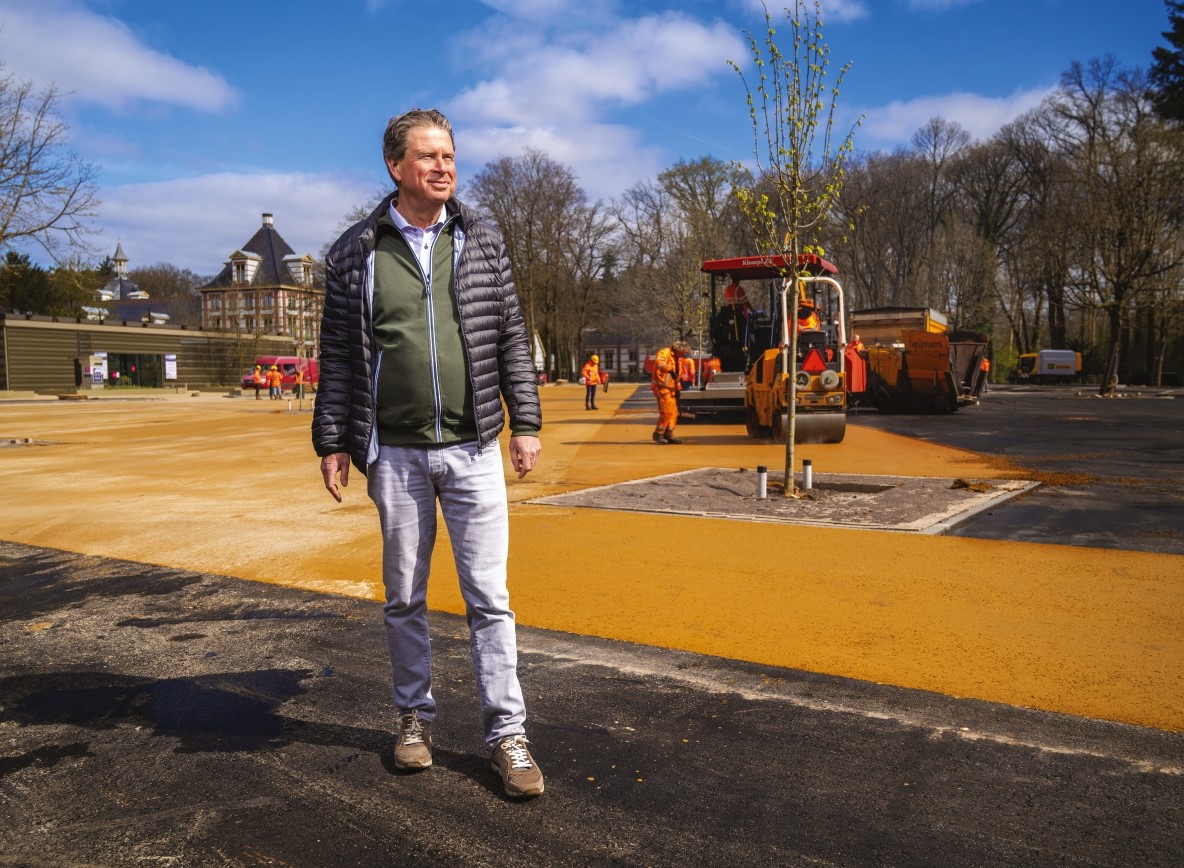