Sometimes, a great opportunity falls right into your lap. The director of Ruinemans Aquarium, Frank de Goey, can bear witness to that. When he heard that Landman Hoevelaken, which had been a good customer of Ruinemans for years, was looking for a partner to take over its business, Frank immediately recognised the value of the opportunity he was presented with. Together with Marktlink, he made the most of the chance that had come his way.

Ruinemans Aquarium was founded in 1955 and has its headquarters in Montfoort. It is the largest ornamental fish wholesaler in Western Europe, and it has around 50 employees on its payroll, who together sell over one million aquarium fish per month to pet stores across Europe. Ruinemans’ reach stretches far beyond Europe too: it has a collecting station in Miami, Florida and a catching station in Manaus, Brazil.

Frank de Goey has been at the helm of the company since 1997. “At that time, the family business was in the hands of its second generation. The founder had previously sold the company to various employees, but none of them really turned out to be suitable to take the reins.”

As a result, Ruinemans decided to go fishing outside of its own pond. Frank, who had heard about the opportunity at Ruinemans through his network, proved to be the ideal catch. “The sector was entirely new to me”, Frank admits. “I previously worked in the automotive sector, and I had no experience with fish. However, I was used to doing business with customers and suppliers from other continents and cultures. I knew that this knowledge would come in handy at Ruinemans. Initially, I intended to stay in my role for one year only to find out whether it was the right match for me.”

The freedom to be genuinely entrepreneurial

Nearly 25 years later, Frank stays solidly put in the director’s chair. “When I joined Ruinemans, it was a relatively small company, and I was given the freedom to be genuinely entrepreneurial. The thing I liked the most was that the results of my choices immediately became visible. I bought the previous generation of the Ruinemans family out of the business and started making my mark on it. As time passed, Ruinemans gradually became my business.”

In his capacity as director, Frank, now 53, has been successfully working together with the management team at Landman Hoevelaken for a long time. “Landman has been a customer of Ruinemans for 20 years. Landman sells fish, aquarium plants and fish food just like us, but they are better known among the general public for their dog chews and similar items. In other words, their scope is a little wider than ours, as we serve a highly specialist market.” Eventually, Frank heard that Landman’s director, Cees Buijtenhuis, was looking to sell his business as part of his retirement plans. “He had been speaking to several candidates about this, but nothing had come of those discussions. As I understood it, the main sticking point was the live animals and plants in Landman’s product range. The potential buyers — who were active in the dog food sector, for example — thought the risk involved in that was too great, especially in terms of logistics.

Frank immediately started wondering whether Landman would make an interesting acquisition prospect for Ruinemans. “The more I thought about it, the more I became convinced that this could be a golden opportunity; we knew the business, and we knew the people who worked there. From a strategic perspective too, an acquisition would create opportunities for both parties. I put my suggestion to Cees, and he wasn’t entirely opposed to the idea.” Both Frank and Cees needed some time to get used to the plan. “We thought about it and discussed it on a regular basis,

but at some point, the time comes to make the leap. When that time came, I knew it was the perfect moment to get Marktlink involved. I knew the business from a company presentation I had attended in the past. Of course, I looked at other options too, but none could boast quite the same experience. And that was the decisive factor to me.”

Frank: “I’ve taken over four businesses previously, so I know the rules of the game. That said, Landman was a lot bigger than those other businesses. In terms of size, they were comparable to us. We were able to pay for our previous acquisitions using our own means, but to acquire Landman, we would need external financing. On top of that, the valuation of certain parts of the business was more complex too.”

The importance of a specialist M&A consultant

“Marktlink guided us through the entire acquisition process, which involved dealing with elements like valuation, the transaction and financing structure and legal completion. These processes aren’t always as straightforward as they should be. Sometimes, it descends into horse trading: both parties are shouting out sums, but it’s difficult to estimate what the real value is — and to properly substantiate that value. Marktlink’s strong point is that they stepped in at exactly those times to schedule meetings, take the emotion out of the negotiations and keep the process moving until the point where we reached concrete, business-like and realistic agreements. The interchanges between the parties eventually led to a solid agreement.”

The transaction was completed relatively quickly. Frank comments: “We set the ball rolling in December 2019, and by October 2020, the deal was done. We could probably have moved more quickly without the coronavirus. We briefly took a step back in the first half of 2020, as it wasn’t clear to us at that point just how the crisis would develop. When we could see that it was unlikely to have a negative impact on our sector, we resumed the process. In fact, the coronavirus crisis proved to be a winner for us: with people spending so much time indoors, they started looking for ways add that little extra touch to their homes, and an aquarium is the ideal way to do just that.”

Landman now forms part of the Ruinemans family, and that’s an important strategic move, according to Frank: “Ruinemans now offers a wider and more complete range of pet products, and Landman, which was mainly active in the Netherlands, can make the most of the vast international network to which Ruinemans has access. There are plenty of other areas in which both partners stand to benefit: in terms of logistics in particular, there is lots of potential for greater efficiency.”

With Landman on board, Ruinemans is ready to face the future. The same applies the other way round: Landman still exists, albeit as part of the Ruinemans group. “An acquisition like this is a major event that demands significant investment, both in terms of time and money”, Frank concludes. “But at the same time, it’s clear to see that this investment has yielded fantastic results for everyone involved!” 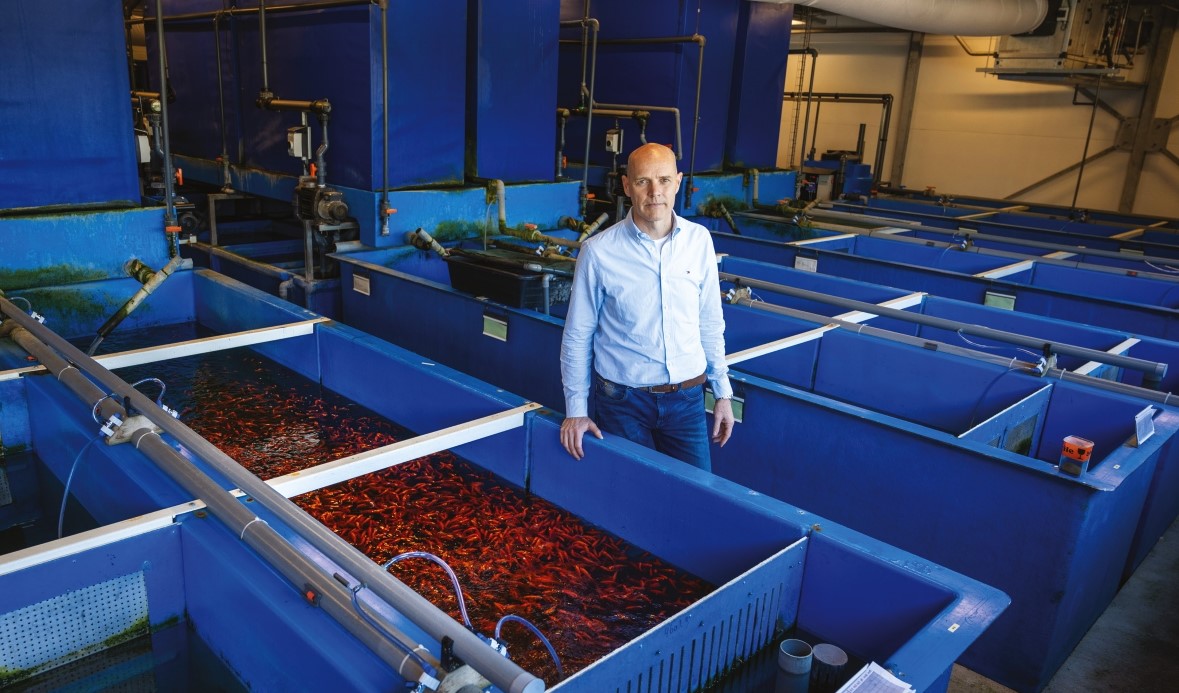