Borek — Bogaers Rekreatie, with a ‘k’ instead of a ‘c’ as per the old Dutch spelling rules — saw the light of day in 1977 as a business importing parasols, which it then sold on to garden centres. In 1988, Frank Bogaers joined his father at the company, and the family business continued to expand: they started developing parasols and garden furniture in-house.

Under the name Borek, Bogaers senior and junior sold their products to retailers, hotels and restaurants across the world. “We continued to significantly expand the Borek brand, even after my father retired”, Frank (52) recounts. “The trend of the outdoors becoming an extension of the indoors shows no signs of abating, so businesses and individual consumers are continuing to invest more in a nice outdoor space with quality furniture.” Borek, which mainly targets the high end of the market, has since added two further brands to its portfolio. MAX&LUUK, which takes its name from Frank’s sons, sets its sights somewhere between high-end and mid-range, and Yoi, which means ‘good’ in Japanese, offers mid-range products. “We mainly sell these three brands to garden furniture retailers, but we can also count architects and interior designers among our clientele.”

Borek is a relatively flat organisation, with short lines of communication and around 30 employees. “We are doers: we like tackling problems head-on and getting things done.” Frank has now been working at the company for 32 years. “But in all that time, I’ve never really given a second thought to what would happen when I’m no longer here — even though I keep joking that I’m not spending a day longer than 40 years of my life working. That 40-year mark is coming ever closer, so I’ve started thinking about which steps I need to take for the future”, Frank explains. “Preferably, I’d spend more time on strategy, on our growth in Europe and on product development in the coming years. That’s quite a lot to take on, as we’ve not only got three brands; we’ve also got three pilot stores and a showroom at the ETC Design Center Europe in Culemborg. As a result, I’d like it if Borek could become a little bit less reliant on me as an entrepreneur over the next five to seven years. That would allow me to shift my focus to other things, while also making sure that I can pass on the business to one of my children or someone external without too much trouble.”

Around two years ago, a business connection told Frank about Marktlink. “I had spoken to one investor previously, so this wasn’t an entirely new concept to me. That said, I never really spent too much time thinking about private equity. I went for a coffee with Marktlink to discuss the options. There were lots of interesting things to take away from this conversation, and I left wondering where this type of process could lead. In the end, I decided to take the plunge and start working with Marktlink.”

On Marktlink’s advice, Frank entered into discussions with around ten different companies. One of them stood out immediately: the Flemish investor KeBeK. “I’ve worked with plenty of Belgian partners in the past, and I’ve never had a bad experience”, Frank continues. “In terms of expanding the business internationally too, getting a partner on board from outside of the Netherlands was an interesting prospect. KeBeK was the perfect fit in all areas: they are a partner that can guide us through this growth phase with good advice, without literally taking the reins of our business. On top of that, we genuinely clicked — and their offer was extremely tempting. All the pieces of the puzzle just fell into place.”

Frank soon found out that the process of selling a business involves a significant amount of work. “I always take a hands-on approach at Borek, but I’ve never really had to deal with these types of documents and contracts. As such, it was important to have all the right people around me to help us through this process. Marktlink supported me from beginning to end, offering professional advice and making sure nothing was overlooked.”

That said, not that much has actually changed in the role played by Frank under the partnership with KeBeK. “I’ve still got just as much work to do — maybe even more”, he jokes. But by joining forces with KeBeK, the first steps for future European growth have been made. Frank comments: “If you want to keep growing, setting up the right structure within your organisation is essential. We’ve hired a Finance & Operations Manager, for example. He’s right by my side, as it were: I focus on sales and development, and he offers a point of contact for our employees in relation to internal process and financial matters. As we’re working together really closely, he’s learning from my experience — meaning the business is gradually becoming less dependent on me.”

Frank believes it is very important to keep employees properly up to date with the changes. “A lot of our staff have been working here for 15 or 20 years. To them, the process was a fairly tense experience, but it’s clear to see that everyone is on board with the developments and that the changes are well-received. After all, we all share a single goal: to see the business progress and grow. That family business feeling persists even now.”

Over the next few years, Frank will remain involved as a director and shareholder. “I’ve still got quite a few future plans and dreams. For example, I’d like to open a showroom annex pilot store in Germany — in the stunning surroundings of North Rhine-Westphalia, for example. That German precision suits us, and we’re seeing significant growth on the German market. In addition, I’d like to open a new warehouse. Our logistics processes are currently spread across several different locations, and I’d like to streamline them further. I also want to stay involved in building our brands, in product development, in sales and in strategy. All in all, I’ll have a lot on my hands over the coming years! It’s great that with KeBeK, we’ve now got access to the know-how we need to make the right decisions for the future and take our next steps.” 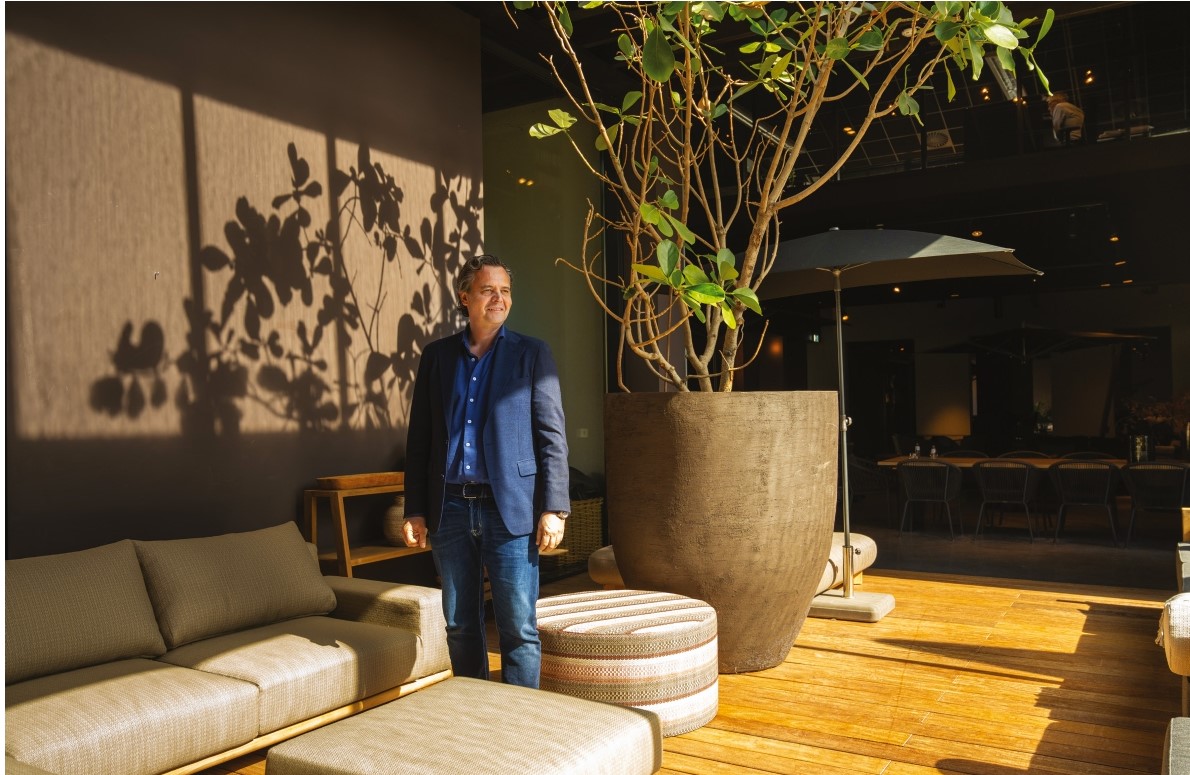