Leemberg Pijpleidingen is taken over by an experienced director and investor

Entrepreneurship runs through Joost Vulto’s veins, and after 25 years of experience in the corporate world, he felt an itch to take the helm of a large business once again instead of being involved at various companies in temporary roles. The opening at Leemberg Pijpleidingen en Apparatenbouw BV he heard of through Marktlink couldn’t have come at a better time.

Joost (60) started his career at his parents’ family business, Vulto Voeders. He then went on to take up various finance and management roles at other businesses and directorships at a range of industrial and project businesses — including IHC, Driessen Aerospace and Bluewater — before acquiring XS4ALL Belgium through a buyout. Joost comments: “Three years ago, I felt the time had come to do something different, after yet another temporary role working on growth plans and restructures. As I had certain priorities in my private life in the preceding years, I never got round to taking the necessary steps. However, in 2017, I finally felt that I had the room to do so. As I had previous experience of directing large organisations and I always wanted to move back into that area, my partnership with Marktlink gave me a foot in the door to really start pursuing my ambitions for the future.”

The time had come to start looking for a business that was open to the idea of an acquisition. At the start of his search, Joost drew up a profile of his ideal company. “I didn’t mind if it was a technically complex business — in fact, I would even prefer that. I was used to a certain level of challenge after my various temporary roles: I had handled recoveries and managed crisis situations. I didn’t necessarily have to be familiar with every aspect of what the business did. My role was mainly to assess the situation and make sure that the right people were working on the right tasks”, Joost explains. “I’ve worked behind the scenes of lots of large businesses, and I’ve picked up a wealth of experience along the way. I had certainly outgrown the family business of my parents, so I was looking to get involved at a company that was somewhere in between: bigger than the family business I grew up with, but smaller than some of the companies at which I held temporary roles.”

The Marktlink business model appealed to Joost. “Marktlink’s network is vast, but they still use lists obtained from the Chamber of Commerce as well. They were also happy for me to suggest businesses. Marktlink then approached the companies I was interested in, without actually knowing whether or not they were for sale! As it turned out, a lot of entrepreneurs are open to discussions with an interested party. They have an inquisitive mind, but that doesn’t necessarily mean that there’s a connection and they actually want to sell. For lots of large companies, selling to a single person isn’t a logical option, especially not if they’re only selling part of their business. Leemberg took a different view on that.” This medium-sized manufacturer, which employs around 150 people in the pipeline system and equipment manufacturing sector, proved to be the perfect match.

Leemberg previously had four shareholders, two of which had retired, and two of which wanted to continue. As a result, they were looking for a third director who could help them optimise their financial and commercial side. “The elements that Leemberg lacked for future growth were exactly the elements that I could offer. On top of that, we didn’t just click professionally; we were also all on the same page from a personal perspective. And that was nice, because with the complexity of the company, the different shareholders, an investor coming on board and the coronavirus crisis, we had a lot on our plate. The fact that I was quite well suited to the essence of what needed to be done created a sense of trust among all parties, and that allowed us to overcome all the obstacles we encountered along the way.”

Contrary to what usually happens in other deals, Marktlink advised Joost and the sellers to sign the Letter of Intent before an investor had come on board. “We were able to do so because we had come up with a balanced and even-handed deal. It was a win-win situation: both the seller and the buyer stood to benefit.” Once the document was signed, Joost approached investor Anders Invest to take a majority stake. “I felt that it was important to work with a party that wasn’t just in it for the money, but that also cared about the human element. As the deal had been concluded and everyone was happy with it, the investor didn’t tinker with the setup. The newly installed Board of Directors brings a wide range of expertise, and with Anders Invest on board, lots of opportunities for growth have opened up in existing and new market segments and for new products and services.”

Buying a share in Leemberg was a milestone for Joost. “One of my reasons for getting on board was that I wanted to enter into a longer-term commitment with a single company. That way, I know that the energy I put into my work has a genuine long-term impact. I’m really happy with the level of involvement I have at Leemberg — and even if I wanted to move on, I’m not contractually allowed to do so!”, he jokes. “Turning growth and optimisation plans into reality is my strong point. My objectives at Leemberg are well-aligned with that: I want to continue implementing these plans, lift the company to a higher level and add value to the business.”

Joost views his cooperation with Marktlink as a mutual process. “Marktlink was there to offer support during all discussions, but also handled financial analyses and offers. With my experience, we complemented one another perfectly and created a fantastic partnership that led to great results. Marktlink successfully brought the parties round the table, but concluding the deal is just the beginning — the real work starts now. It may be a cliche, but it’s true: follow your heart, and you’ll have the energy to deal with anything.” 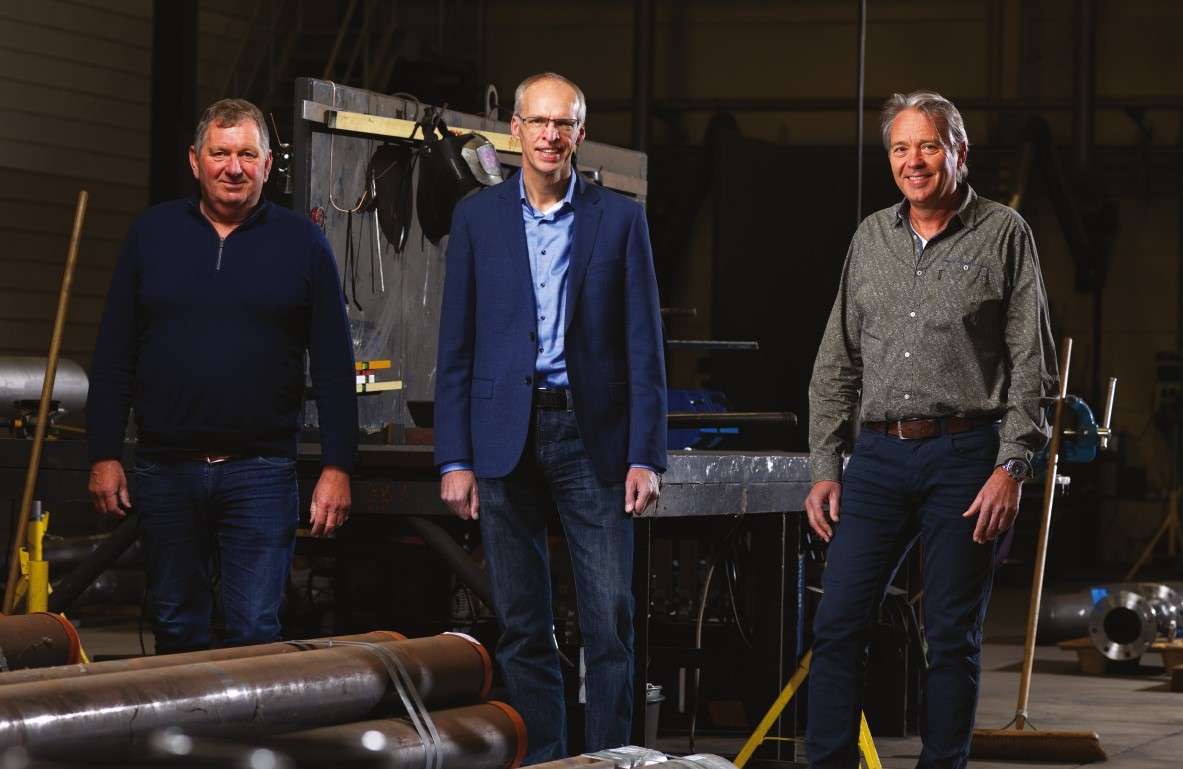