‘A club that benefits our people’

Home > News > ‘A club that benefits our people’

‘A club that benefits our people’

A scaffold hire business has added a specialist scaffolder to its services, and has simultaneously expanded and strengthened its position in the construction and renovation market as a result. Under the wings of Klop Verhuur, Broeke Steigerbouw, which was guided through its sale process by Marktlink, will get even more room to make the most of the opportunities for growth that come its way. This merger serves as the perfect example of the scaling-up trend and allows both partners to offer a one stop shop in the construction sector.

Back in the year 2000, Eric Schouten Gallas, an employee of Broeke Steigerbouw, bought the shares the Broeke family held in the business. He had been working for Broeke, which mainly operates in the renovation market, since 1990. Over the years that followed, the company witnessed strong growth and handled several major scaffolding projects for housing associations, public authorities, the heritage sector and commercial clients in the west and centre of the Netherlands. “I started my career at Broeke right on the shop floor, as a scaffolder. I then moved into a clerical position and took on a work planning role. In 1998, the founder and owner of the business, Henk Broeke, told me that he was planning to retire from the business. He didn’t have an immediate successor, so he was testing the waters with me. I was surprised at first, but I decided to go for it in the end, as the idea appealed to me. I bought Henk’s shares in 2000, and that’s how I became an entrepreneur.”

In 2003, Eric’s brother Michel joined the business, which was going through a period of rapid growth. Michel comments: “I acquired my shares in the company in 2005, and all of a sudden, Broeke Steigerbouw became a family business once again. My role hasn’t changed much since then: I’m still a work planner, and I will remain in that position after the sale. It’s a job that suits me down to the ground.”

Eric and Michel first started playing around with the idea of selling the business in 2013. “But it was too soon back then”, Eric reflects with hindsight. “My wife and I were thinking about moving abroad, and that was the reason for exploring whether selling the business might be an option. However, we didn’t have our house sufficiently in order back then to achieve an acceptable transaction. One thing we did do at that time was establish initial contact with Marktlink.

We had several constructive discussions, and it became clear to us what we had to do. We needed to work on the business for a few more years to keep it growing, so that it would be ready to be sold in due course, with a better outcome for us as the sellers.”

The brothers turned their plans into action. According to Eric: “Thanks to the substantial conversations we had with Marktlink and the good advice they offered, we had a clear goal in mind to work towards. I’ve always said that I wanted to retire at 55, as scaffolding is a job that takes a toll on your body. Being an entrepreneur is also not exactly a nine-to-five job: twelve-hour working days are not unusual. I’ve worked hard over the years, and if you don’t set a clear goal for yourself, you just end up carrying on and on. I have got an awful lot out of being an entrepreneur, but I decided I would have to put an end to it at some point.” With that in mind, Eric contacted Marktlink again in 2019 to start the process of preparing for an acquisition.

It soon became clear there was a lot of interest, both nationally and internationally. Klop Verhuur, with whom the idea of an acquisition had been floated in 2013, was among the entities who took a serious interest. Michel comments: “Klop Verhuur is a supplier of ours, and we’ve built up a close relationship with them over the past 25 years: we’ve been hiring equipment from them for all that time. We operate as part of the same supply chain and in the same regions. On top of that, the transparent way in which Klop operates as a family business closely aligns with our way of working. Of course, it comes as a great compliment when there’s a lot of enthusiasm and multiple businesses want to work with you. But we were absolutely clear that there was one aspect that genuinely mattered to us aside from the right price: the buyer would need to take proper care of our people.”

“Klop Verhuur certainly met that condition: just like Broeke, it’s a real people business”, Michel continues. “We would undoubtedly have been able to achieve a better deal from a financial perspective, but that’s not what we were all about. You’re giving away a piece of yourself, and you want to make sure that it falls into the best possible hands. Now that we’ve reached a deal and we’re seeing up close how the integration of the two businesses has got off the ground in a calm and considered way, it only confirms that we made the right choice.”

A pause due to coronavirus

Even though talks were progressing well, the coronavirus crisis threw a spanner in the works during the acquisition process. According to Eric: “We were all set to sign off on the deal on 1 April 2020, but two weeks prior to that date, the country went into lockdown. We could sense that this would have consequences, but we were never in any doubt about the deal going ahead. As summer started getting closer, the renovation market got back up to speed, and we eventually finalised the agreement in November. It was a relief to have an expert advice partner by your side in a situation like this to make sure you don’t start panicking for no reason or rush in to doing all the wrong things.” The agreement was eventually signed on 1 November. Michel will stay in his current role in the new organisation. Eric continues to deal with commercial aspects for the time being, and his wife will stay in her old job in the finance department until the summer. Eric comments: “I’m 55 now, and I’ve hung up my entrepreneurial gloves just like I’d planned. I have no idea what I’ll be doing when I retire for good in the near future — and that thought fills me with joy.” 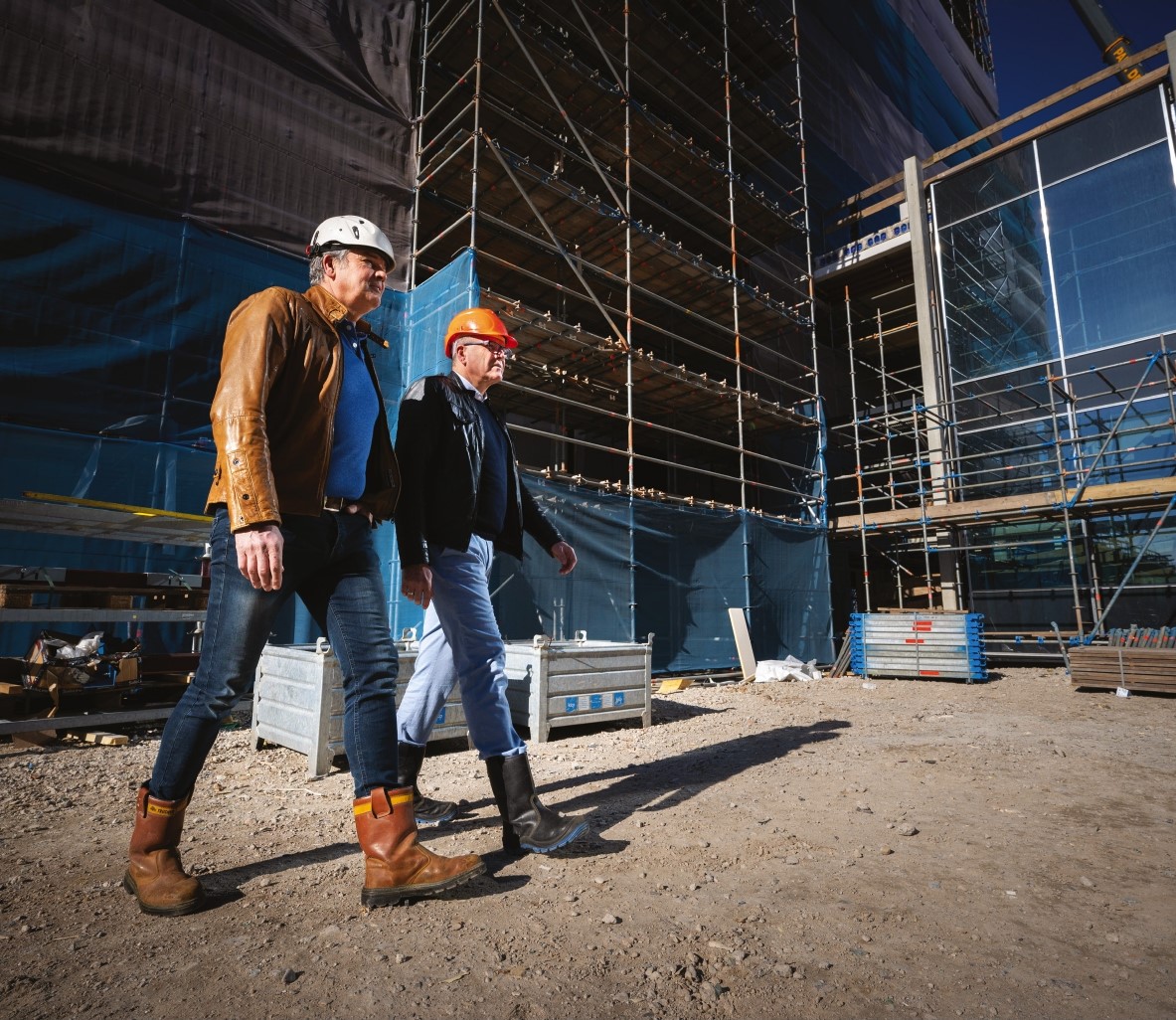