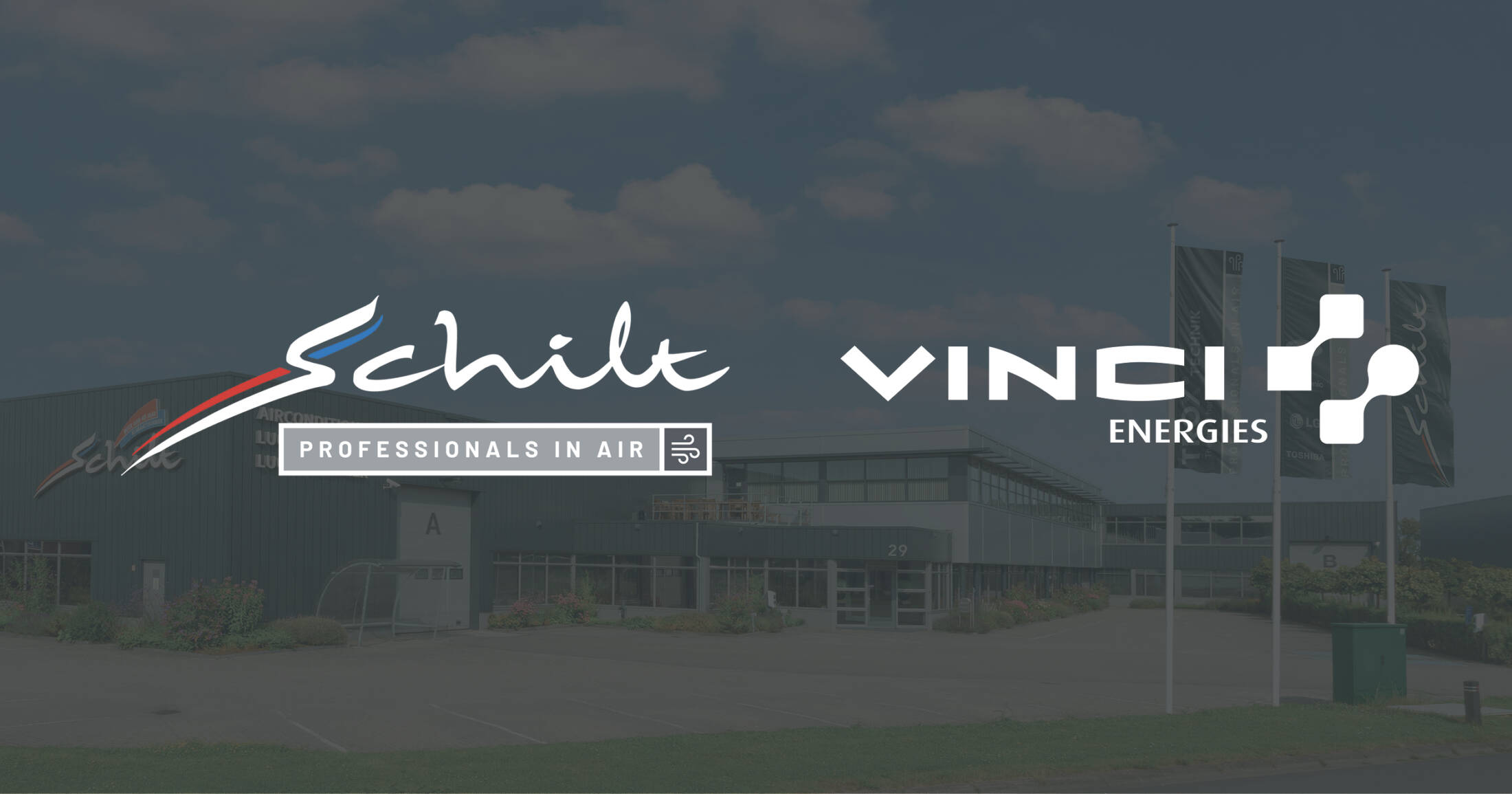 After years of growth for De Schilt bedrijven, the family business is ready for the next step: finding a strategic partner. The family, including director and co-shareholder Joop Heesen, found this partner in listed company VINCI Energies. In addition to the growth opportunities offered by this acquisition, it safeguards the continuity of the full-service supplier of air conditioning installations.

De Schilt bedrijven was founded in 1976 by Adri Schilt. Joop Heesen was employee number two at the time and he was appointed director in 2010, following Adri Schilt’s sudden decease. From then on, the responsibility for De Schilt bedrijven lay with Joop and Adri’s four daughters. Under their leadership, growth was continued successfully and the company now has over 120 employees.

Stable growth and a positive outlook

As a full-service supplier of airconditioning equipment, De Schilt bedrijven meets the demand for a healthy and comfortable indoor climate. “For years, the organisation has shown stable growth in both turnover and profitability. The future looks exceptionally favourable due to the increasing demand for a healthy indoor climate and the cooperation with VINCI,” says Fredrik Jonker, member of the deal team, also including Laurens Dekker, Mike Korenromp and Simone Kriekaart.

“The future looks exceptionally favourable for De Schilt bedrijven, due to the increasing demand for a healthy indoor climate and the cooperation with VINCI”

In discussions with potential buyers, Joop and Daniëlle Schilt, one of the daughters and also current CFO, immediately got a sense of security and trust with VINCI. Laurens Dekker: “The new partner clearly indicated in the meetings that the future of the employees would remain secured. This was an important aspect for Joop and Daniëlle. Joop gets a lot of energy from coaching his team and will therefore continue his work as Commercial Director and Coach after the transaction. Daniëlle will continue to keep the organisation on track in her role as Financial Controller.”

The energy transition and developments in sustainability are increasing demand for services and specialists. As companies look to further expand their services and areas of expertise, the market is consolidating. Marktlink has recently advised in similar transactions and knows better than anyone what developments are unfolding in the market. “As a deal team, we are happy for De Schilt that we have found a strategic partner for them in VINCI Energies,” Fredrik Jonker concludes.