With years of experience as a manager for several parties in the flower and plant industry, René le Clercq became the manager of chrysanthemum breeder Floritec in February of 2018. It was supposed to be an interim job spanning only six months; with his 63 years, he felt like it was time to gradually wind down towards retirement. Then suddenly a Japanese buyer knocked at the company’s door and things went a different way.

Floritec was established by four experienced breeders in 2003. They figured: if we can do this for a boss, we can do it for ourselves. They started breeding different ornamental plants, focusing on chrysanthemums in particular. This product group is still responsible for a large share of the company’s revenue. Breeders select plants with the best genetic properties to turn these into new plant strains. This way, Floritec is able to develop strong new plant strains that, for instance, are resistant to diseases, insects or changes in climate.

Besides the office in Woubrigge, the company also has a stake in a manufacturing facility in Uganda, where most of the plant cuttings are produced and shipped.

The company is performing well in this market, which is noteworthy since it is a relatively small player with only seventeen employees. Because of the company’s innovative and smart solutions, it has been able to grow considerably each year.

“A plant-breeding company
is only as good as its breeders” 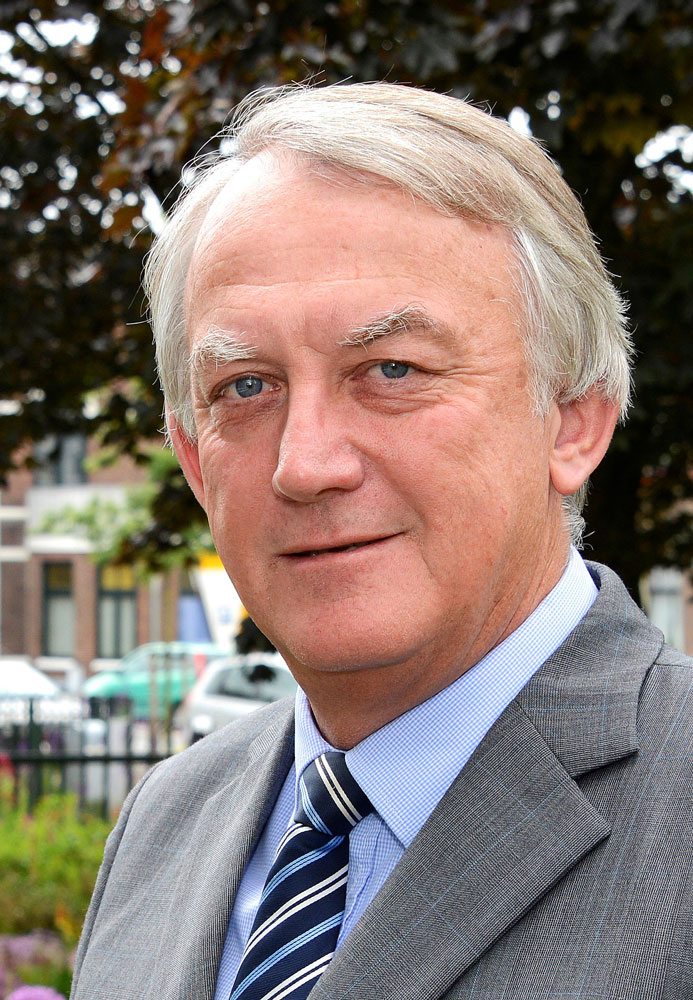 “I joined the company in early 2018. We had agreed that I would only stay on as interim manager for about six months. I filled the gap left by the sudden death of my predecessor. Together with the eight shareholders, six of which are active in the company, we were going to look for my successor; a new manager who was to help Floritec grow and improve. In the meantime, we already were in talks with several potential candidates. But then, suddenly, the Japanese company Inochio, one of Floritec’s royalty customers, requested a high-level meeting,” tells René.

René, having worked for a Japanese business for twelve years, already had an inkling of what this high-level meeting would be about. “We barely finished our coffee before Inochio asked: Is Floritec for sale?”

At that time, the shareholders were not at all thinking of selling. The company was growing particularly fast; the shareholders intended to focus on growth and give it their all. They did not consider an exit to be an option yet.

“The shareholders’ first reaction to Inochio’s question was not exactly positive,” says René. “They wanted to hold off and tell the Japanese to ask again in two years’ time.” That is why we brought the shareholders together and told them that an opportunity like this does not come around that often and that maybe it would be wise to get on board and see when the journey would take them.

“I said right away that I would stay involved throughout the process if it would not lead to selling the company. Even if it would take longer than the six months we had agreed to.” The process was set in motion and Floritec engaged Marktlink to assist. “I have seen a transaction or two in my career, but I don’t have the daily experience that the Marktlink dealteam has. They made sure that the company was commercially well-presented in the information memorandum. They knew how to capture the balance between commercial and financial data, and I think that is incredibly important.”

Floritec was lucky to have René aboard; with his extensive experience of doing business with Japanese companies, it was easier to understand the cultural differences. He saw connections in certain situations and was able to predict what the buyer’s reaction would be and what they might propose. This ensured that Floritec had a well-prepared approach to the negotiations at all times.

“With eight shareholders, six of which are active for the company, there are a lot of moving parts and different interests at play. As a manager, I was able to keep an overview of the process. Together with Marktlink, I negotiated with the buyer in order to keep the process from becoming emotional and avoid having all the shareholders join every meeting. This way, they could focus on running the business. Of course, they joined the meeting whenever it was necessary to do so; after all, they are the breeders and are able to explain operational factors much better than I can.”

Achieving the best possible price was not the most important factor for the shareholders; it was the strategy that had to match their vision. At times, this led to tough negotiations where doubt, about whether the transaction would proceed at all, would rear its head.

The devil is in the details

After signing the letter of intent in February, the due diligence research and negotiations about the details of the transaction started. “You could say that the devil is in the details,” René jokes. “There were several points of attention and conditions that might not matter in the grand scheme of things but were important to the shareholders. Marktlink, together with our lawyers at SBL Lawyers, played an important part in this process. Sometimes it was necessary to push back the closing date in order to negotiate these terms. It worked out; in the end, a transaction was achieved that made everyone happy.”

From the moment that Floritec decided to sell, the aim has been to sell 100% of the shares. That has happened. Six of the shareholders, still operationally involved in the company, will remain involved for at least three years.

“A plant-breeding company is only as good as its breeders,” says René. “They have the knowledge and years of experience which they will pass on before they exit the company completely.”

For René, the exit has already taken place. His successor has been found, and as of June 2019 the new manager starts at Floritec; René will now enjoy his much-deserved retirement.