Tessu Systems was founded by Frank Berghuis in 2006. With John van Wezep and Jeroen Berghuis, who joined as shareholders in 2007, Tessu developed into the market leader in the Dutch commercial kitchen ventilation systems market. In 2019, the business realised a turnover of over 7 million euros and had around 20 employees. Its success relies primarily on an integrated solution that can be delivered quickly and expertly by one single party.

Meanwhile, the company has established a solid foundation and has (international) growth ambitions. With the help of Marktlink, the business looked for the best partner to realise these ambitions, which resulted in an acquisition by Absolent Group. Frank will take a step back, John and Jeroen will take responsibility for daily management. “After 14 years, Tessu Systems is ready for the next step,” says Frank Berghuis. “For our staff and our customers, we are happy to join Absolent Group and to benefit from its existing network and knowledge. We are confident that we will be able to realise our (international) growth ambitions together.”

Willem Mulder, M&A manager at Marktlink, adds: ‘’Frank, John and Jeroen have built a solid and profitable business in the past years. As a market leader in commercial kitchen ventilation, Tessu serves the middle and upper segments of the Dutch hospitality industry. The fact that the business has been able to remain profitable, despite the corona crisis, underlines Tessu’s clever business model.”

The ambition of global market leadership

The Absolent Group is a globally operating business with various subsidiaries that develop innovative air filtration systems for a range of industries. To increase its market share, the group aims to expand by means of acquisitions, as well as organically. In 2019, Absolent Group acquired 7 businesses, one of which is active in the commercial kitchen segment: Jeven Global Oy (Finland). The acquisition of Tessu results in a great combination, in which Jeven and Tessu benefit from each other’s knowledge and expertise.

”We are very pleased to welcome the Tessu team to the Absolent family and look forward to the synergies we will be able to realise,” states Axel Berntsson, CEO of Absolent Group. “Tessu is a market leader in the Netherlands and a high performing business with a dedicated and professional workforce.

We added commercial kitchen ventilation as a strategic growth platform by the acquisition of Jeven and Interzon a year and a half ago. What we have seen and learnt so far supports our decision to enter this market and build a global market leader.”

The acquisition of Tessu Systems was accomplished under intermediation of Marktlink. Tessu Systems will remain active as an independent company within the Absolent Group. It will maintain its staff and consequently its family identity. 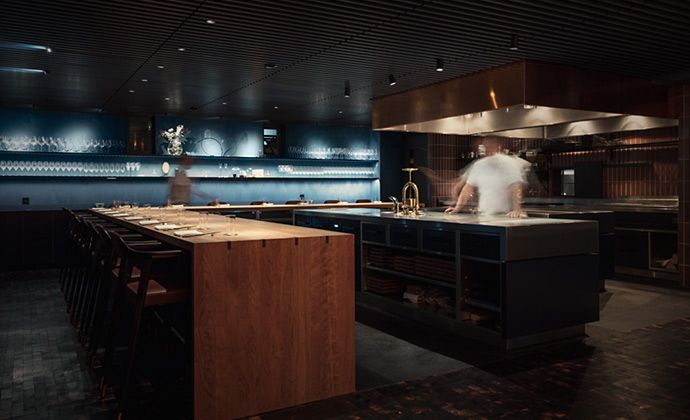